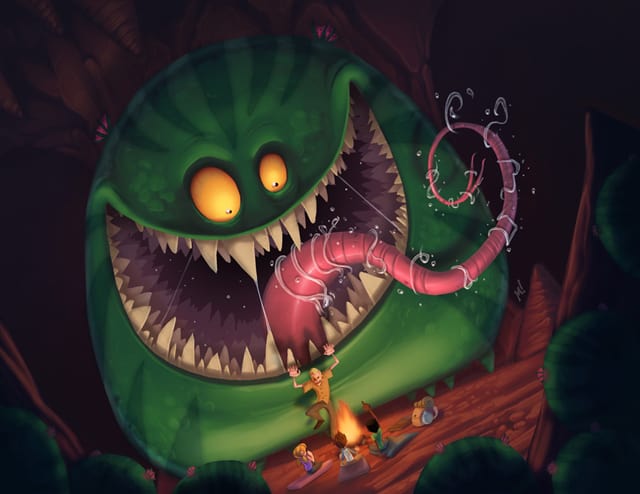 A little about them:

“Mike Henry was born in Sleepy Hollow, Il as a smaller version of himself in a year time forgot. After years in the circus he decided to try something a little more risky and entered the world of art. After 7 years working in the games, animation, and comic industries he is ready to take the fish by the gills and dominate the globe. He lives in San Francisco with his wife, dog, and four kooky ghosts.” – Mike Henry

“Ryan Hall spent years conditioning for world domination in Raleigh, North Carolina. Special training included attending N.C.S.U for art and design, working full – time as art director for Oasys Mobile, and power-chilling. Once his skills were self-sustainable, he joined forces with Mike “The Beard” Henry in san Francisco to engineer minions if chaos through the science of drawing.” – Ryan Hall

You can check what’s going on with them at www.bigmenaceindustries.com